The Enduring Legacy of Irving A. Lassen

"What began as a 2 million dollar estate gift in 1973 has grown to 7.3 million+ in gifts for our community." 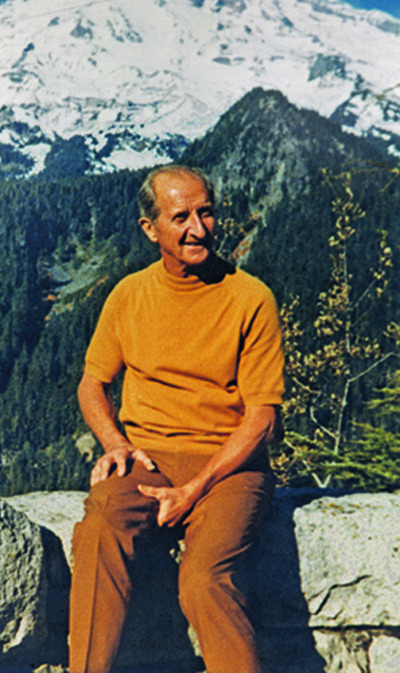 Irving A. Lassen moved from Chicago to Olympia in 1920. Fascinated by the many uses of electricity, he started an electrical repair business in his basement.  In 1929, he and a friend combined their very different interests, and opened Olympic Sport and Electrical Shop  on  Fourth Avenue  in  downtown  Olympia.  In their shop, you could buy fishing lures and get your toaster fixed.

Lassen was known as a quiet man, well respected in the business community, and admired for his lifelong interest in philanthropy.  He was also known for his passion for orchids, which he grew in a greenhouse near his Boston Harbor home.

When he passed away in 1973, he bequeathed $2 million of his estate to the creation of the Lassen Foundation. The Foundation’s mission was focused first  and  foremost  on  benefiting Thurston  County, but it also gave grants to the Shriners, and to the Northwest Kidney Center. It was managed by several trustees  until  2010,  when  the  trustees  chose  to transfer  its  assets  to  an  unrestricted  fund  at  the Community Foundation. At that time, the assets had grown to $5.5 million.

As  a  testament  to  the  power  of  endowment,  the fund has grown to $7.3 million, and grants totaling more than $1.5 million have been distributed to local nonprofits since 2010. “Transferring the assets to the Community Foundation just  made  sense,”  says  former  Lassen  Foundation trustee Jacqueline Gavin. “It has worked out great.” Gavin, who subsequently served on the Community Foundation board, now sits on the Foundation’s grants committee, where she ensures that the memory and the mission of Irving Lassen endures.

We are thrilled to support 84 nonprofits through this annual grant program! Learn more and join us in celebrating the excellent work of this year's recipients.

Resilience Fund Grant disbursements are now complete! Read about how, coming together, our communities responded to the challenges caused and amplified by COVID-19.