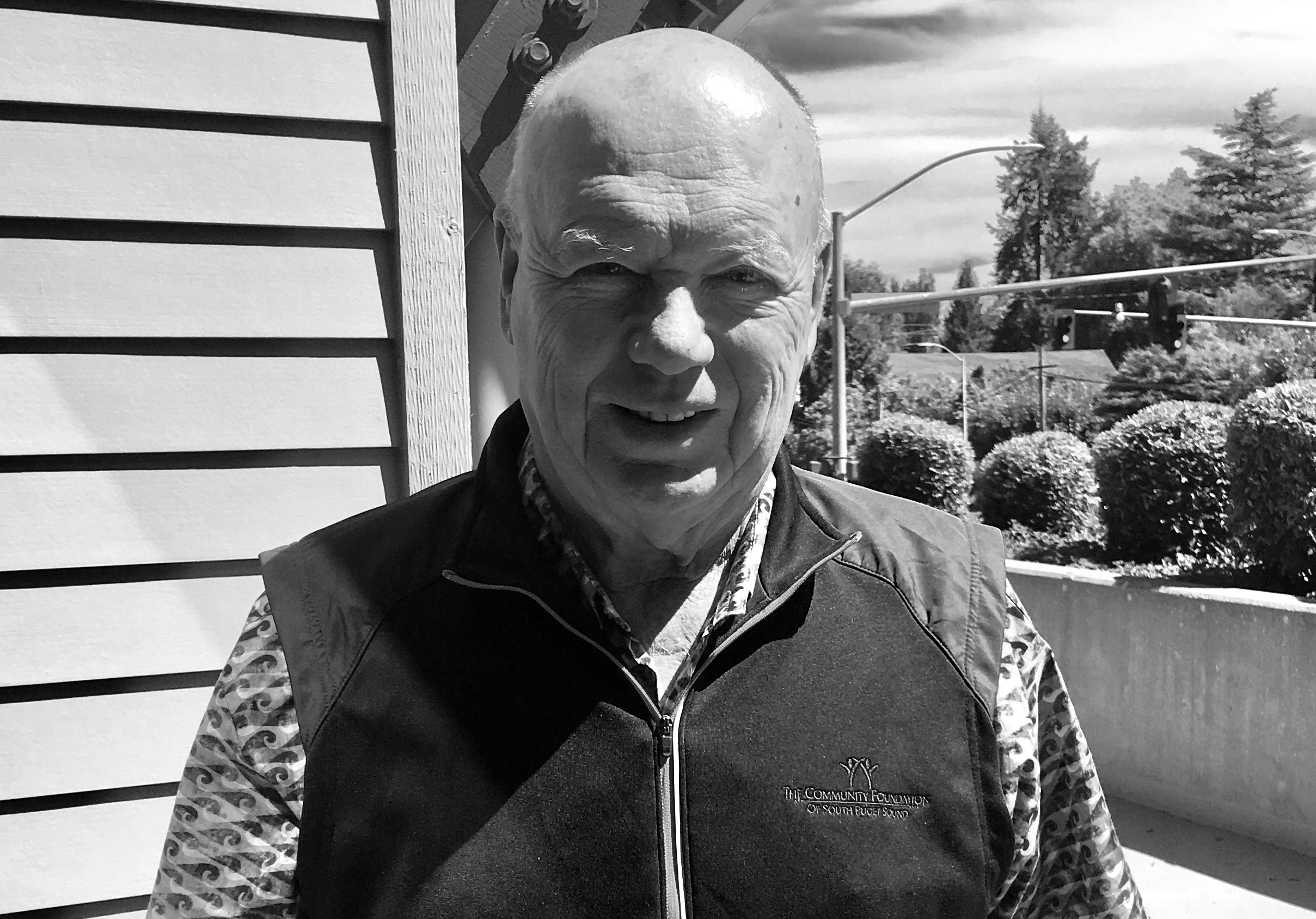 Don Rhodes has lived in many communities in his lifetime. His banking career started in nearby Chehalis and from there took him to Anchorage, Tacoma, and Marysville. In 1989 Don and his family settled in Olympia where he joined Heritage Bank. He worked there for 25 years, serving as the CEO and Chairman of the Board, and Chairman of Heritage Financial Corporation.

Don grew up in Chehalis where his father Chet was Superintendent of the Chehalis School System. Don learned about giving back, not because of the financial gifts he saw his parents give, but in witnessing the time and talent they shared. When listening to Don, it’s very clear that it’s not just about the money —that philanthropy, the love of humankind and the fondness for his community, takes many forms.

Don served on the Foundation’s board from 1996-2007, including two years as Board Chair. Shortly after leaving his leadership role she established two endowed donor advised funds, the Chet Rhodes Family Chehalis Area Fund and the Don Rhodes Family Fund. Don can quickly enumerate what attracted him to use the Foundation as a vehicle for charitable giving.

He lists a combination of factors: ease in setting up a fund, locally managed assets, engaging his sons in decision making, reasonable cost, and the Foundation’s abundant knowledge of the region’s communities.