This year, the organization established the Chief Justice Gerry Alexander Endowment to help them continue to fulfill their mission. 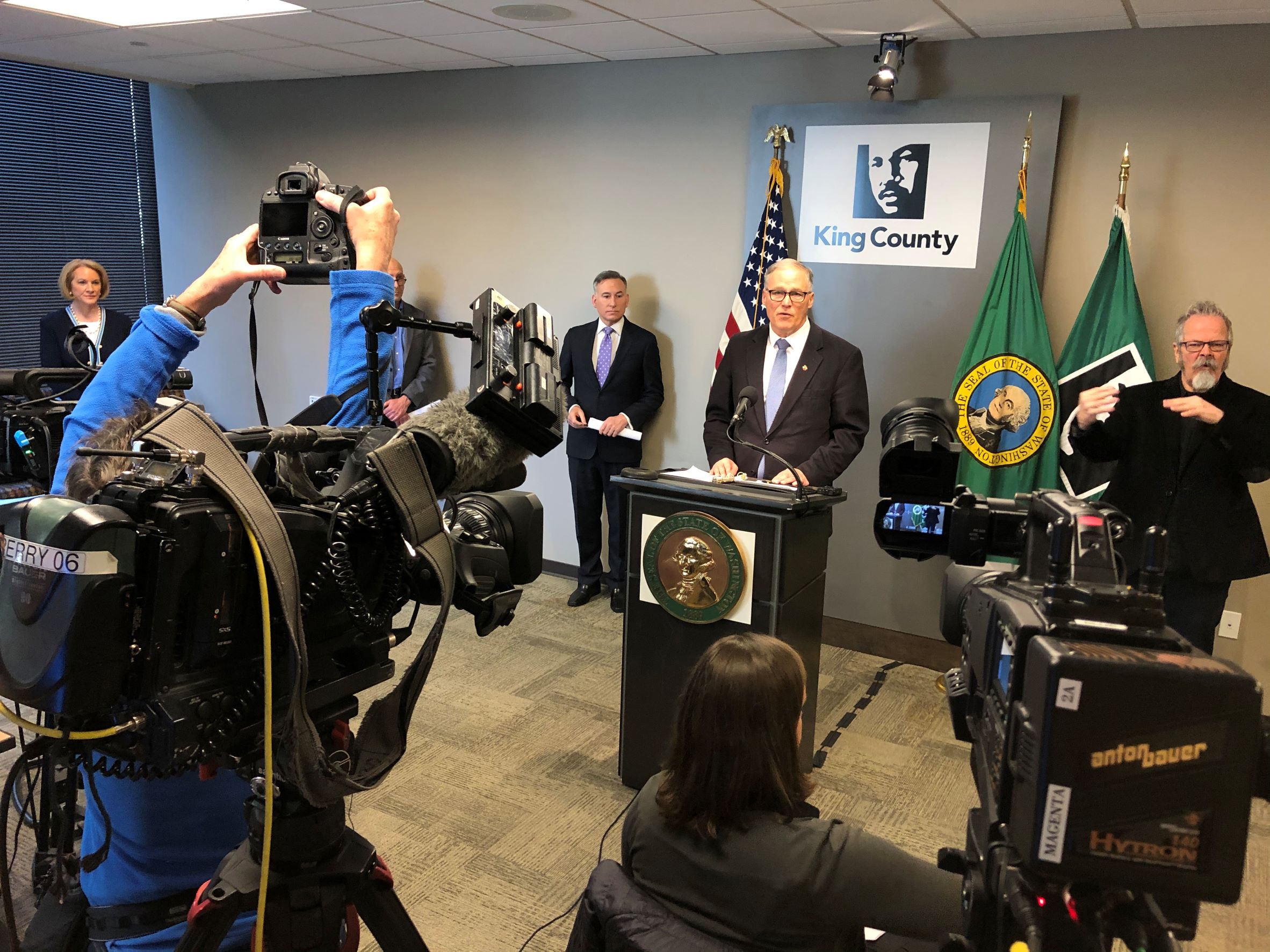 Across the street from the Capitol building in Olympia, TVW—Washington’s public-access television station—is at work, providing Washingtonians with open coverage of state government, politics, and public policy. This year, the organization established the Chief Justice Gerry Alexander Endowment to help them continue to fulfill their mission.

Through a contract with the state, TVW provides “gavel-to-gavel coverage of the business of state government, from opening to close of all meetings” in all three branches of government, says TVW president and CEO Renee Radcliff Sinclair. “TVW captures all of that content and distributes it to viewers through TV or live webstream—without filter, without commentary, without editing. Just the straight scoop from decision-makers, whether that’s the state legislature, the Washington State supreme court, or state agency boards and commissions.”

These unedited, start-to-finish broadcasts are the core of TVW’s work. But the organization does much more. They report on state government through produced programming related to state government issues that provide deeper insight into what policymakers are thinking, including interviews, field reports, and legislative summaries. They provide comprehensive election coverage for statewide elected offices. They develop education programs through Teach with TVW to help kids in classrooms across the state better understand how their governments work. And they produce award-winning documentaries; in 2020, they received their tenth Northwest Regional Emmy Award.

TVW is committed to open government, non-partisan coverage, and education. To ensure that they can continue their work to increase and maintain government transparency, the organization established the endowment this year. The funds are unrestricted, meaning they will be able to use them for any costs related to their commitment to “providing unfiltered, unedited, and unbiased access to Washington state government to current and future generations of Washingtonians.”

“It was really Justice Alexander who drove that decision to allow cameras in the state Supreme Court chambers,” Sinclair says. In honor of his commitment to transparency in government and to the role he played in this sea change, TVW named the endowment for him.

“When they asked me to lend my name to an endowment to preserve the mission of TVW, I quickly said yes,” Justice Alexander noted in his remarks at an event this spring announcing the new endowment and honoring him. “I did so because I believe, as TVW does, that it’s important to provide our citizenry with unbiased access to the working of our state’s government.”

TVW seeded the endowment through the sale of a company the organization founded about a decade ago that developed an efficient method for web streaming. TVW will receive payments on that endowment that will allow them to tend to needs that align with their mission, such as ongoing equipment and operational needs, support for statewide educational programs, and the high-quality programming and coverage they’ve established over the past 27 years.

The endowment will also support the evolution of technology and consumer choice.

“Our mission” she adds, is to “make our content available anytime, anywhere, on any device. And that is a constantly evolving challenge because consumer choices are changing. We want to stay current in making certain that we are delivering content to our viewers in ways they want to consume it.”

They’re now promoting the endowment to viewers, to regular donors, and to anyone who wants TVW to thrive long into the future.

Managed by the Community Foundation

TVW approached the Community Foundation when they decided to establish an endowment because they were looking for a management model that made sense for their public-focused mission—and their desire to give back.

“They have the resources and the expertise to manage our funds responsibly. But also, we wanted a piece of our investment to benefit the larger community,” Sinclair says.

The Community Foundation manages 115 funds and nearly $40 million in charitable assets, distributing grants and scholarships in order to transform our communities into more healthy, vibrant places to live. A major major factor for many who decide to have the Community Foundation manage their funds, including TVW, is the fact that our assets are a permanent resource for South Sound communities, expressly designed to support charitable work in perpetuity.

Sinclair notes that TVW’s mission meshes with ours.

“The Community Foundation has a beautiful model for helping us protect our investments and helping us look toward our long-term sustainability while also participating in a larger effort to make certain that our community is the kind of place where we hope that our employees will want to live.”

You can learn more about Agency Funds and other ways to give through the Community Foundation here.

Asked what the new endowment means for democracy, transparency, and citizen engagement, Sinclair says it all comes back to information and education.

TVW believes that when people understand their government—when they see it at work with their own eyes—they can make up their minds about what they think. And as they develop informed opinions, they’re more likely to engage.

Providing people with unvarnished access to the process of governance, one that would otherwise be invisible to everyday people, is empowering. We’re honored to be part of TVW’s important work by managing this endowment and helping them sustain access to government—for everyone—for years to come.