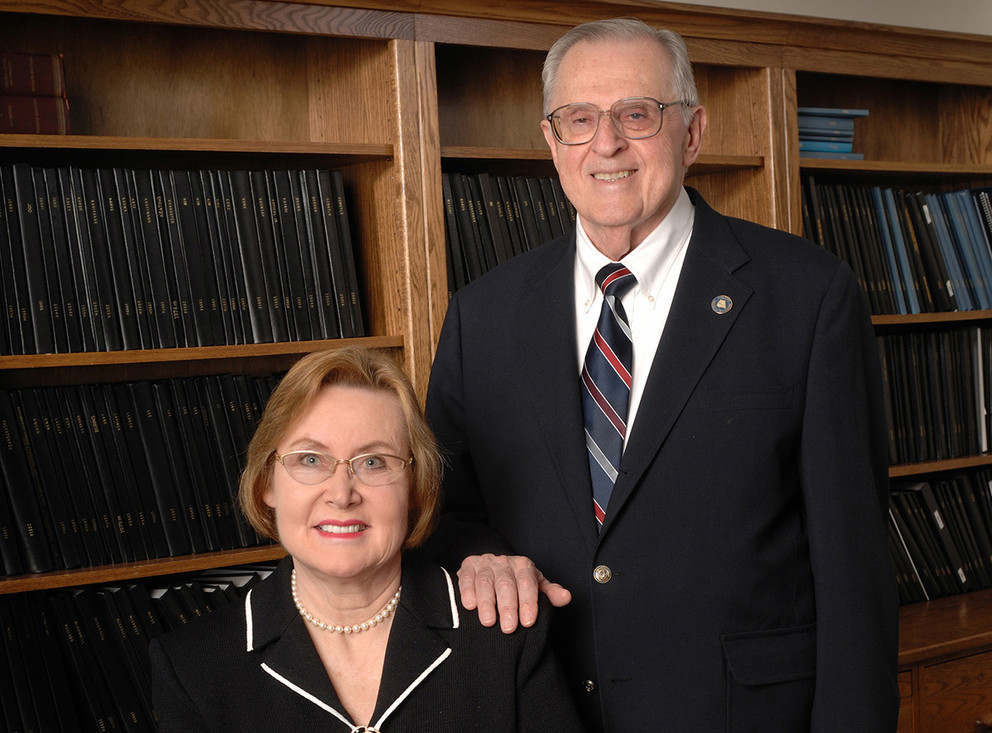 Hal and Inge Marcus have been well known for their leadership and philanthropy for many years. Hal worked as an engineer and real estate investor, and Inge as a professor of biology at Saint Martin’s University.

Hal Marcus passed away in March 2017, leaving a $5.6 million endowment to the Community Foundation of South Puget Sound. Half the endowment will be used to support ten specific organizations he and Inge chose, and the other half will be used to support Foundation-chosen projects in three areas that mattered most to him and Inge: filling basic needs, improving economic opportunities, and advancing health and wellness initiatives.

The structure of this endowment is consistent with the well-researched, thoughtful way Hal and Inge Marcus pursued their philanthropic goals.

At a memorial service for Hal, The Olympian reported an outpouring of community appreciation for his many years of leadership on various boards, as well as for the business acumen that made his avocation of philanthropy possible.

“I have never known anyone who worked harder than Hal to give money away,” said Frank Minton during the service. He worked with the Marcuses over the years on their planned giving. “There are workaholics, but Hal, you might say, was a philanthropy-holic.

”The Saint Martin’s University College of Engineering is named for the Marcuses, as is the Critical Care Unit of Providence St. Peter Hospital. They have also been donors to Senior Services for South Sound, Thurston County Food Bank, and many other local nonprofit organizations.

Their philanthropy has also benefitted Penn State, Hal Marcus’s alma mater, where Hal and Inge were named Philanthropists of the Year in 2003 for a series of major gifts to the university’s School of Engineering, to interdisciplinary studies program spanning engineering, science and medicine, and to Technion, an Israeli Institute of Technology.

Inge Marcus, now retired from teaching at St.Martin’s University, continues the couple’s tradition of community leadership and philanthropy. She maintains close relationships with many of the organizations, health care facilities, and schools that she and Hal have supported.

Norma Schuiteman, the Community Foundation of South Puget Sound’s President and CEO, notes that Hal and Inge Marcus created one of the Foundation’s first funds in 1996. “Our community has benefited from their generosity for many years,” she says, “and Community Foundation announces $5.6 Million Gift from Hal Marcus Estate we are honored to be part of Hal Marcus’s legacy.”